And now for my annual week-after-Christmas rant:

I love colored lights--the old kind and the new LED ones. I love reindeer and spiral-shaped Christmas trees and fake snow.

But I'm not so crazy about those Christmas inflatables that have sprouted up everywhere. Since Thanksgiving our city has been taken over by huge, garish lawn ornaments. And now ... they're dead. What could be sadder than seeing the lifeless bodies of all the Santas, snowmen, Homer Simpsons, and SpongeBobs littering the lawns? Post-holiday letdown is bad enough without this.
When I was in college, I was a member of a puppet team. Our guiding principle, the First Commandment of Puppeteering, was this: Never let the kids see the puppets when not animated by a human hand.
Sometimes this was tough. Our fans would crowd around while we were trying to set up or take down the stage, and we'd have to find ways to distract them, or leave the work for later. But that principle always came first. The children must never see the puppets lying "dead". The reason? It made them cry.
I will leave you with two thoughts:

1) If there must be giant inflatable Christmas decorations, they should be kept inflated at all times.
2) How did Homer Simpson and SpongeBob SquarePants became part of the holiday tradition, anyway? 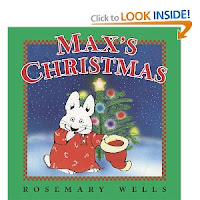 Max's Christmas by Rosemary Wells is one of my favorite holiday picture books. I just love irrepressible little Max with his constant refrain ("Why?"), so I was delighted when one of my little students fell in love with it this year, too. Enjoy the video!
Posted by Ruth Donnelly at 4:42 PM 3 comments: 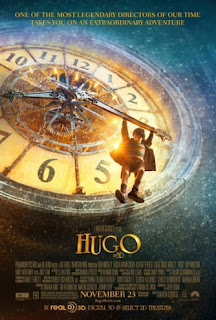 Just want to go on record as saying I LOVE the film adaptation of The Invention of Hugo Cabret. The Horn Book website has a great article about it here.
I'm also hearing great things about Wonderstruck. I plan to savor it over Christmas break. 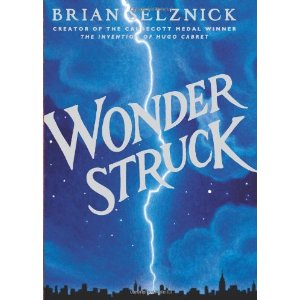