I don't have a Top Ten Tuesday list today. I wracked my brain for characters that remind me of myself or people I know, but with little success. I could come up with a few shared traits here or there, but no characters who really reminded me of myself. I know there are such characters--but I couldn't think of them.

I asked my family.They thought for a few minutes. Then they, too, shook their heads. "I can't think of any characters who remind me of me," said my daughter.

"But ... don't you need to identify with the main character?" I asked. "And don't you identify better when they are like you in some way?"

"Here's the thing," said my son. "The most interesting literary characters--the ones we remember--are the ones about whom we know a lot of specific details. But knowing these details individualizes them. It makes it less likely that they'll remind us of us."

"Yes," said my daughter. "And the ones people intensely identify with are sometimes just shells of characters, like Bella in Twilight. Readers can put themselves in her mold, and that's why so many teen girls have such a connection to her. She could be anybody. She doesn't have any specific personality traits that would allow her to be a dynamic character." *

And we were off on a discussion of literature and why it is or is not important to relate to the character you are reading about. I still maintain that it's important for kids to see themselves and their lives reflected in the books they read. But I can't seem to point to specific examples from my own reading.

So that's why I don't have a Top Ten list of characters that remind me of me. Apparently my mind just doesn't work that way. However, you can go here to read other people's lists . 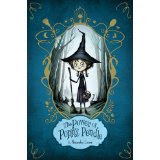 The Power of Poppy Pendle by Natasha Lowe 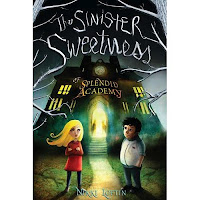 The Sinister Sweetness of Splendid Academy by Nikki Loftin 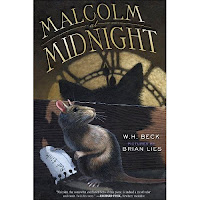 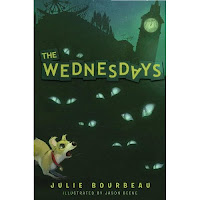 The Wednesdays by Julie Bourbeau 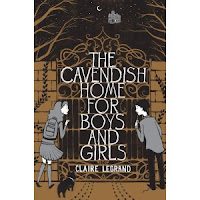 The Cavendish Home For Boys and Girls by Claire LeGrand

Release date: August 28, 2012
* Disclaimer: The thoughts about Bella are those of my daughter. I have no desire to get into a discussion about the literary merits of Twilight.
Posted by Ruth Donnelly at 3:27 PM

Also excited for the October release of Behind the Bookcase by Mark Steensland. He's an old friend and arranged for me to get a sneak-peek at it for my birthday! It would fit right in with the titles above.

I love middle grade covers :) Thanks for sharing some upcoming titles!

Those are some very insightful answers for why the Top Ten was a hard topic this week! I thought it was difficult but didn't articulate the "why" as well as your kids.

Ooh, it *does* look good! Thanks for sharing, Angelica. I notice the wonderful Kelly Murphy did the cover--she illustrates R.L. LaFevers' books, and she is awesome!

Jess, thanks for stopping by! I love MG covers, too... they just beg you to open the book.

Thanks, Amy... they are pretty insightful, or maybe just argumentative. ;) I was surprised at how hard this one was.

Love the comments that your kids shared. It's so fun to have kids that will talk books with you, isn't it?!

I am on a mission to read more MG. These covers are enticing. Thanks for the list!

Literature discussions with kids can excuse just about anything. :-)

Every single title you mentioned^ is a tingly super can't-wait.

Oh these look great! Thanks for sharing as I don't see many blogs on middle grade or picture books.

Thanks for sharing these!

I've never really been convinced that kids primarily want to read books that reflect themselves and their lives. As a kid I always wanted to read about someone who had the life I wanted, not the life I had, and certainly not worse than the one I had.

Yay for MG books! These look great. I'm loving the cover of the first one.

Yes, isn't it cool? I liked it so much, I looked it up and found out it's by a French illustrator named Seb Mesnard.